Having both directors and shareholders involved in running a business can have its advantages such as generating more ideas and opportunities that could consequently help the business expand quicker. However, it can also have its disadvantages, including a greater likelihood of differing opinions leading to Director and/or Shareholder Disputes.

For a business to operate successfully there should be a good and strong relationship between the owners of the company (its shareholders) and those that manage the daily running of the business (its directors).

Whilst disagreements are bound to arise from time to time, if the trust between shareholders and directors breaks down and a dispute occurs it can have a massive impact on how profitable the business is as well as its ability to trade, ultimately threatening its future.

Whether the shareholders and directors of your business are in dispute due to a director breaching their duties, a difference in pay or conflicting business interests the dispute resolution team at Rotheras can help. We have many years of experience in resolving disputes between shareholders and directors and understand the importance of settling any discord quickly and efficiently to avoid disagreements escalating further.

Why use Rotheras for Director & Shareholder Disputes?

We can act for both directors and shareholders.

We act for both local and national businesses in a wide range of industries.

We can advise you on all available options for resolving the dispute, including Alternative Dispute Resolution.

We can also draw on the experience of our non-contentious commercial department to advise on drawing up a shareholders agreement if you don’t already have one, allowing any future disputes to be resolved in a quicker and less costly way.

We can advise on the terms of your company’s Articles of Association.

Where possible we will try to avoid court proceedings and resolve the dispute quickly and efficiently to allow all parties concerned to move forward.

We can draw on the experience of our other commercial teams to provide an optimum solution and advise you on other legal aspects.

We can help you with:

“We strive to make every matter as stress free as possible”

Anton Balkitis frequently represents the operators of both goods and passenger vehicles in court proceedings. Clients remark: "He has a commercial understanding of real-life issues and will always provide a balanced view

Chris Powell at Rotheras was recommended to us by a trusted associate within the Transport Industry; without doubt we wouldn’t have had the excellent outcome we did without his and his team’s involvement. The level of professionalism, expert advice and assistance was faultless; we felt reassured and well informed throughout the whole process. It was a pleasure to do business with him and would highly recommend his services!

The team at Rotheras, and Mr Powell in particular, have provided us with an outstanding service. We are extremely grateful for the help and support they gave us in dealing with issues relating to our transport operations and our goods vehicle operators licence. Mr Powell was professional, knowledgable, efficient and effective. He quickly understood our business and the problem we had. He responded with sensible advice and acted quickly on our behalf to resolve the matter. I cannot thank him enough for his help and I would recommend Mr Powell, and the Rotheras team, without hesitation. I am extremely grateful for the help they gave us.

I would highly recommend James Briggs, solicitor at Rotheras. He has been extremely helpful, patient and thorough whilst helping me with affairs following the death of my husband. Even during lockdown (covid) he maintained communication and kept me informed of what was happening. He successfully achieved the outcome I needed and I would not hesitate to recommend him.

We are in the middle of launching our own packaging agency and contacted Rotheras for some professional legal advice with regards to contracts. After an initial call with Billy, he made it clear what we needed and asked plenty of questions to understand what it was we needed. He was very responsive to our questions, whether it be over the phone or via emails and made the process really simple. We had little experience in this area so it was fantastic to work with Billy, who explained everything concisely. We were also really pleased with the quick turnaround and great value offered. Would thoroughly recommend working with Rotheras.

Billy understood our requirement from the get go and really nailed down on what we needed in our commercial agency agreement. Billy kept us informed every step of the way and showed great professionalism. We would recommend his services to any start-up business who is in need of legal advice and guidance with commercial contracts.

I was extremely pleased with the service that Kerry provided in order to sell my mothers house. Good, prompt communication and all questions dealt with or answered as requested. Consequently I would recommend yours services to others.

Anton has substantial experience acting for commercial goods hauliers and other transport operators. He advises on a range of contentious issues including operator licence, maintenance and tachograph matters, with a wealth of experience acting in public inquiries before Traffic Commissioners."Anton is a highly informed and personable lawyer. 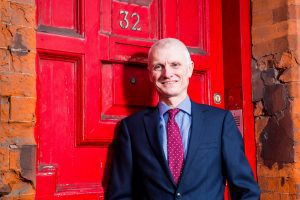 Richard Bates leads the Litigation and Dispute Resolution team at Rotheras. Richard is a litigation specialist and can provide a wide range of services to both commercial and private clients. 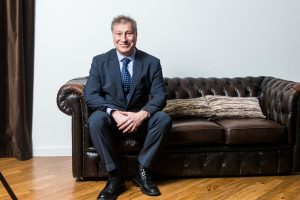 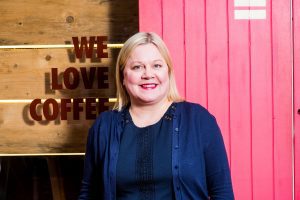 Terhi Sygrove is a debt recovery specialist and head of the debt recovery department at Nottingham-based law firm Rotheras Solicitors. 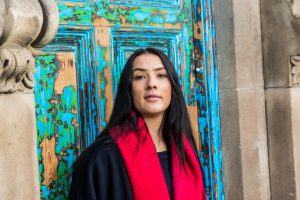 Paige Regardsoe is a Solicitor in our Dispute Resolution department and is based at our Lace Market office. 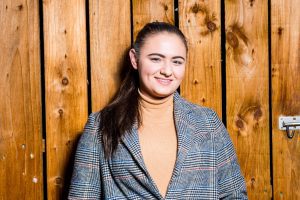 Millie Moreton is a paralegal in Rotheras commercial and dispute resolution departments and is based at our Lace Market office.

We have a fantastic opportunity for an enthusiastic and dedicated Commercial Property Solicitor with 5+ years PQE to join our highly experienced team.

We have a fantastic opportunity for an enthusiastic and dedicated Private Client Solicitor with 3+ years PQE to join our team.