APIL (the Association of Personal Injury Lawyers) has welcomed calls from a parliamentary committee to overhaul the law on compensation for bereaved relatives and extend eligibility to all family members who had a “genuine close relationship” to the deceased. 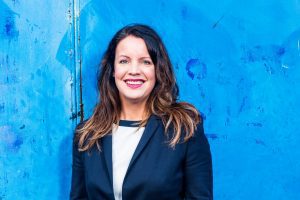 Currently under Section 1 of the Fatal Accidents Act 1976 only spouses, civil partners and parents of children under 18 (or just the mother if the parents are not married) can claim compensation. However the Joint Committee on Human Rights recently called for a consultation on wholesale reform of the scheme in its report on a Government draft remedial order to extend eligibility to co-habiting couples, providing they meet the following requirements:

If a situation occurs where both a spouse and qualifying cohabitee are eligible for the statutory bereavement award, it is proposed that the award will be split equally between them.

APIL president Gordon Dalyell said: “Someone’s parent, child, sibling, partner, or grandchild dies because of negligence, such as at work or on the road, every single day in England and Wales. But only a very restricted and outdated list of relatives can claim the statutory fixed sum of £12,980 in damages to atone for their loss.”

The proposed reforms to bereavement damages arose in 2017 as a result of a judgment released by the Court of Appeal in the case Jacqueline Smith v Lancashire Teaching Hospitals NHS Foundation Trust and Secretary of State for Justice.

In this case Ms Smith who had been with her partner for 16 years, took the government to court when her partner developed a severe infection which killed him after undergoing an operation to remove a tumour from his foot. Doctors were found to be clinically negligent because they had failed to recognise the infection and Ms Smith claimed compensation on her own behalf and on behalf of her partner’s estate, but was unable to claim bereavement damages because the Fatal Accidents Act 1976 did not allow cohabiting partners to claim.

The court determined that the current lack of provision for cohabitees was discriminatory and in breach of the human rights of a surviving partner, and ruled that co-habiting partners who have been in a relationship for more than 2 years should be entitled to bereavement damages.

The maximum statutory bereavement award in England and Wales of £12,980 was set in 2013 and has not been increased since. APIL has been calling for England and Wales to adopt the same model for bereavement damages as Scotland, which assesses damages on a case-by-case basis and is more flexible about who is eligible to claim.

Rebecca Emeleus, Head of Personal Injury at Rotheras said: “An overhaul of the law on bereavement damages has been long overdue. Hopefully sufficient amendments will be made to the law, which will ensure that families are adequately compensated in the future following the loss of a loved one. Although no amount of money will bring back a loved one, a family should not have to worry about how they are going to meet bills, when trying to cope with such a loss”.

The Remedial Order is expected to come into force later this year, the provisions of which will apply to causes of action which accrue on or after the day on which the Order comes into effect.

This site is protected by reCAPTCHA and the Google Privacy Policy and Terms of Service apply.
Share Post
Previous article
Rotheras announced as a finalist for Law Firm of the Year at the CILEx National Awards 2019
Next article
Get your commercial contracts right: Court of Appeal highlights the importance of accurate legal drafting
Related News
See all News
Find out how Rotheras can help you
01159100600
enquiries@rotheras.co.uk