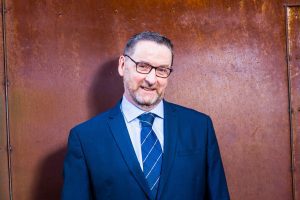 What are my legal rights?

The most common misconception is the level of entitlement if the relationship breaks down. Put simply, cohabiting gives you no automatic legal rights, no matter the length of the relationship; so claims on the breakdown are limited. The concept of the common law wife or common law husband is not a concept that exists in law.

This means that on separation any decisions can usually appear very black and white, with no consideration for emotional factors. Whatever assets are held in your name belong to you; the same applies for your partner.

This can only usually change if the other party can show evidence of significant contributions towards that asset – for instance in respect of property or the making of mortgage repayments.

Couples can now sign a cohabitation agreement to protect each other’s assets – helping to deal with debts, mortgage, rent and other items. Signing an agreement will make any breakdown cheaper in the long-run as court cases for cohabiting couples can be more expensive than typical divorce proceedings.

However, the cost involved with setting up the agreement is often off-putting, not to mention the emotional aspects of that conversation. Being honest about every detail of your life, including finances, is something many people struggle with.

Arguably the most sensitive part of any breakdown, children are commonly caught in the middle of legal proceedings. The priority should be to put their best interests first, but this can be lost in the emotional punches traded back-and-forth between opposing sides.

The issues are more complicated for the unmarried father. Unless the child’s birth was registered by both parents after 1st December 2003, the father does not automatically acquire parental responsibility for his child; whereas the mother will. If on separation arrangements for children cannot be agreed between the parents, an application for a child arrangements order may be needed.

When it comes to the sensitive elements of a relationship such as pets, pent up tensions and emotion can often overrule rational thought.

The money afforded to pets is better spent elsewhere, especially as emotion can cause proceedings to unnecessarily escalate. Financially it would probably make more sense if one half of the relationship bought a new pet!

If possible, ownership of pets and these kinds of possessions should be resolved between the two parties, rather than forcing proceedings to court.

In the event of a death

The rules for death follow a similar trend to a relationship breakdown. If one half of the co-habiting couple dies, the money automatically goes to their next of kin, since the surviving partner has no legal right to the money or possessions.

If the partner of the deceased can claim financial dependence the court may provide for financial provision to be made but this is not always guaranteed. It depends on a number of factors.

Marriage is not always the best option

Marriage is heavily driven by emotion, mostly positive! The timing varies too. From impulsive weddings in Las Vegas to settled couples who have lived together for some time. This move away from the old-fashioned trend of not living with your spouse before marriage, means many couples accumulate a number of assets while cohabiting.

For some couples, marriage is not always the best option. When it comes to their respective financial standings, not getting married may favour the stronger party, as their partner may have no legal rights to their assets. The reverse may be true if the couple decide to get married.

If we get married, should we sign a pre-nuptial agreement?

Popular in celebrity marriages and those where one half has significantly more financial worth, pre-nuptial agreements are certainly an option. For a long time they’ve been viewed as ‘unromantic’, but legally they carry significant weight, especially since the outcome of the Radmacher case.

Parents are often the driving force behind signing an agreement, particularly if their child is marrying someone they don’t like! If they’ve given their child money to help set them up in life (e.g. to buy a house), these parents are often against sharing that wealth with the partner.

Finally, pre-nuptial agreements must be signed at least three weeks before the wedding and require full financial disclosure.

No two cases are the same

There’s no single answer with family law and every case is judged individually to ensure fairness to all parties. The level of emotion involved can result in protracted cases, unnecessary costs and ultimately increased resentment at what might have started as an amicable breakdown.

Your solicitor can help you through this process, encouraging you to approach every issue rationally to ensure you reach the most appropriate outcome.

This site is protected by reCAPTCHA and the Google Privacy Policy and Terms of Service apply.
Share Post
Previous article
11 Top Tips for Appearing at Court
Next article
Easements: when could an interference arise with my ability to exercise a right of way?
Related News